One Donation, Twice The Impact

Donate between 30th November - 7th December and your donation will be doubled!

This Christmas, make your donation count!

We are aiming to raise a massive £50,000 to help us to tackle knife crime in 2022! Any donation received via the Big Give campaign will be doubled!

Knife crime has reached record levels. Several children know at least one young person who carries a knife - mostly for 'protection'. However, the majority of young people in A&E with stab injuries have been stabbed with their own knife.

Covid-19 restrictions temporarily reduced knife crime, but drivers of knife crime (poverty, tensions between young people) have worsened during the crisis. There has been an ‘eruption’ of stabbings since restrictions have lifted which shows no signs of slowing down, and we find ourselves immediately back to pre-pandemic levels. 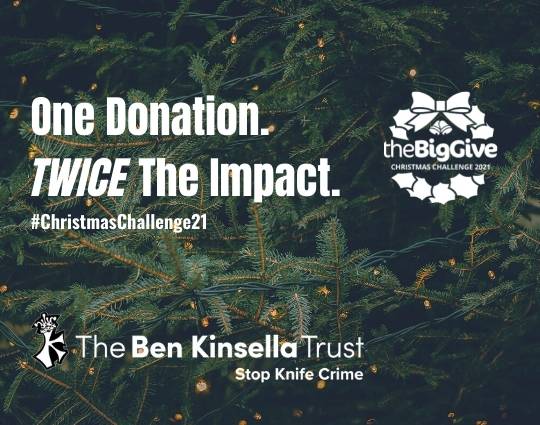 We are raising funds for our award-winning anti-knife crime workshops for children aged 10-16.

Our workshops, based in London and Nottingham, teach young people how to make positive choices to stay safe. Young people move through 5 different themed rooms, guided by trained facilitators. We use a combination of age-appropriate role play, real life stories and quizzes to keep young people engaged.

Your donation will help educate thousands more young people and this Christmas, between 30th November and 7th December you will have TWICE the impact as your donation is DOUBLED! 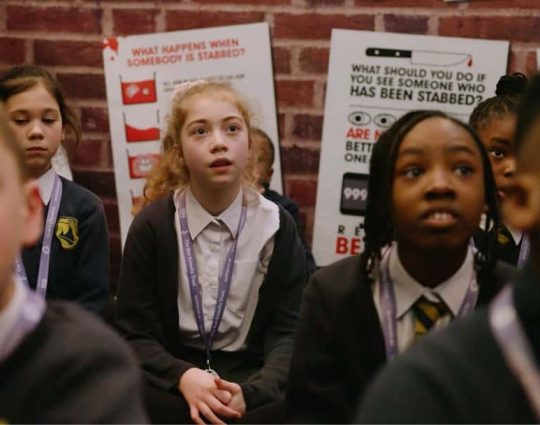